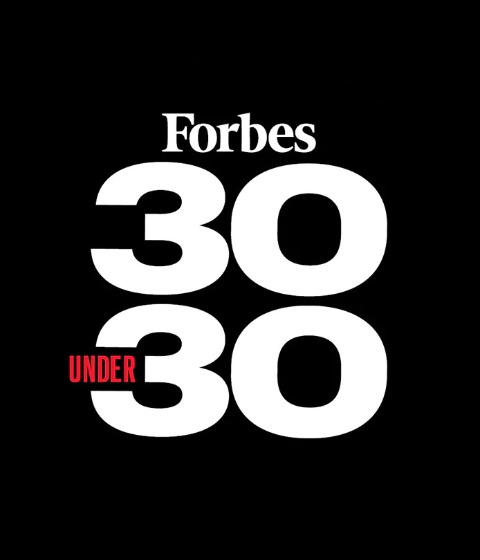 At least six USC Marshall graduates made the 2023 Forbes 30 Under 30 list, published in late November. Each startup offers a solution to a particular problem using tech in a fresh, creative way.

“With this caliber of young leaders in the Marshall family, it comes as no surprise that Marshall is so represented on this year’s list,” said Bobby Pinckney ’20, who co-founded DISCZ, a music discovery app that lets users bypass the algorithm and is now one of the top music discovery apps in the Apple store.

Meet some of the young entrepreneurs on the list:

It’s an idea that looks at the creative development process under a new lens. According to the company, Adim combines traditional creative development practices with technology to reward creators with ownership in what they create and a say in how the Adim community is governed. Interested parties apply for membership and once accepted, they have the opportunity to collaborate and create stories, characters, and worlds under the mentorship of established writers.

“We're incredibly honored to be recognized on the Forbes 30 Under 30 list for 2023,” said Marell. “Having met at USC and taking numerous Marshall courses together over the years, we're immensely grateful for our time spent and for all of the continuous support from our Trojan family network.”

“With this caliber of young leaders in the Marshall family, it comes as no surprise that Marshall is so represented on this year’s list,”

DISCZ, the music discovery app BOBBY PINCKNEY ’20 AND MICHELLE YIN ’18 launched, became so popular ROLLING STONE wrote about it. It started as a CLASS PROJECT when he was a student at Marshall and minoring in computer science. He partnered with fellow USC alumna Michelle Yin, then working at Facebook, to help him take it to the next level.

“I am always working with Trojans, whether it be in our internal team or the people we partner with who are massively impactful to our trajectory,” said Pinckney.

WESTON K. SEID ’16 was included on the list for his startup, OPPTI – short for “opportunity – that helps students gain experience remotely and employers create and run internship programs for high school and college students. Oppti has connected more than 268,000 students with more than 800 businesses, including Google, Amazon, Deloitte, Intuit, Johnson & Johnson, and more.

“It’s such an honor to be recognized by Forbes for 30 Under 30,” said Weston. “Getting to this point has not been an easy journey, but so incredibly worth it. I feel fortunate to have this opportunity as we continue to grow and make an impact nationwide, creating the future of work as we know it.”

He specifically cited the business-building resources made available through the Lloyd Greif Center for Entrepreneurial Studies as being integral to his trajectory. “Being part of the USC MARSHALL GREIF INCUBATOR brought a support network of mentors and peers to bring this idea into reality,” he said.

KIMBERLY ROBLES AND CECILIA GONZALEZ met when Robles was a student at Marshall, and together launched their company, HYPE AND VICE, which sells collegiate ware that has been altered to be more wearable. Their idea won third place at the ATHENA FEMALE FOUNDERS PITCH COMPETITION IN 2018.

Did we miss any Marshall alumni on this year’s list? Let us know on our social media channels.

MURALI JOSHI ’15 is a partner with ICONIQ CAPITAL, a wealth management and investment firm based in San Francisco that serves as a family office for high-net-worth individuals in Silicon Valley and Hollywood. The firm also has an investment arm that engages in opportunities within private equity and venture capital. It launched in 2011. Joshi said he was honored to be featured in this year’s Forbes 30 under 30 round-up.

“I feel so fortunate and extremely grateful to be part of the USC Marshall family. The professors and students across both Marshall and Leventhal schools have a deep commitment toward excellence and growth – two values I continue to look for in the people I work with.”