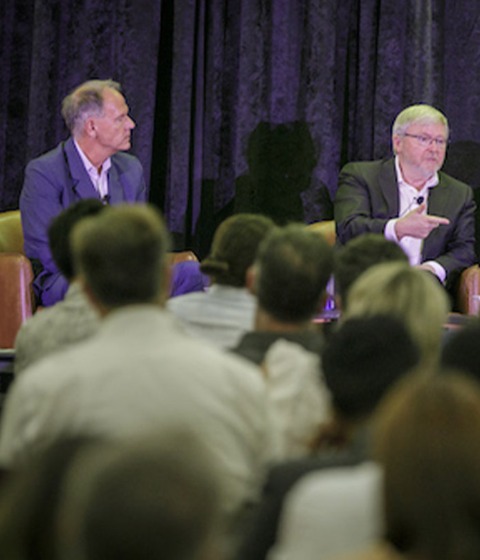 USC Marshall DEAN GEOFF GARRETT spoke to former Australian Prime Minister Kevin Rudd and former Obama speechwriter Ben Rhodes Friday, October 7 in what was the first ever in-person Dean’s Dialogue. The topic, the state of U.S./China relations, drew a standing-room only crowd to the Tutor Center Ballroom on the University Park campus. The event was also live-streamed.

Rudd, president of the Asia Society and the author of a recently released book, The Avoidable War: The Dangers of a Catastrophic Conflict Between the U.S. and Xi Jinping’s China, brought his expertise to bear in a wide-ranging conversation on the future of Sino-American relations. Rhodes, who was deputy national security advisor to President Obama, provided domestic and political observations.